Okay, I am willing to admit it.  I am a nerd.  Hello, my name is Rebecca, and I am a nerd.  I enjoy learning.  I like edumacating myself when I can.  And I really LOVE not only know how something works, but WHY it works.  I like being armed with information.  So, when I saw something yesterday that I knew was wrong, but I didn’t know why it was wrong…  I decided to investigate.  However, I really must start this out by saying that I was an English major.  I have a bachelor’s degree in English…  I am not a Chemist.  In fact, I purposefully avoided Chemistry, because it just seemed WAY beyond my comprehension.  Until today.

Since I am an English major and not a Chemistry major…  I am going to break this down to like a third grade level.

These are the chemical formulations and (hopefully) a simple explanation as to what this all means. By the way, they can all be found in the Periodic Table to get a better idea of what they are.  So, don't take my word for it.  And if I am wrong on anything, please correct me. 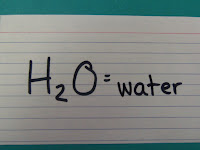 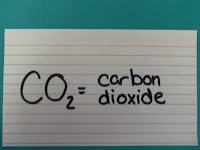 These are the elements that we will be using today.

In laundry and cleaning, EVERYTHING can be done with just a few basic ingredients.  There truly is absolutely no need for things like bleach any longer.  Let me repeat that...  THROW OUT YOUR BLEACH!  And this will explain why you will never need to buy any more of that ever again.

Baking Soda is a naturally occurring mineral found from many mineral springs' water after the water has dissolved.  In its natural mineral form it is also called Nahcolite. It is considered a salt.

The chemical name is Sodium Bicarbonate.

Washing Soda is also a naturally occurring mineral that can be extracted from the ashes of plants, made synthetically through several processes (Solvay process or LeBlanc process), or can be made by applying heat to Baking Soda.  When it is synthetically made, it is made from the combination of salt (sodium chloride) and limestone.  It is also considered a salt.

The chemical name is Sodium Carbonate.

This means that it has 2 Sodium molecules, 1 Carbon molecule, and 3 Oxygen molecules.

It changes with heat from Baking Soda to Washing Soda because the heat releases the water and carbon dioxide that is in it.

Hydrogen Peroxide doesn't really have a common name.  It just is, what it is.  However, it is not totally different from water (but please DO NOT try to drink it) as it just has one extra oxygen molecule which makes it only slightly more viscous (chemistry word meaning thicker) than water.  Because of it's extra oxygen, it is great for cleaning! And also great for rocketry ironically enough.

Now...  please note, I did mention that I was not a chemist, so I honestly, have very little of an idea what this means, but this is where Hydrogen Peroxide is found naturally:

I put here in trying to show that it is, in fact, a naturally occurring thing...  although that is a lot of big words and I am totally pulling the English major card right now.  If you have a more simple explanation...  I would LOVE to hear it!

Now, I explained those to explain this.

When we started making cleaning supplies, I started having to really look at what it was we were cleaning with.  I wanted to use earth friendly kinds of ingredients.  Baking Soda.  Check.  Washing Soda.  Check.  Hydrogen Peroxide.  Check.  But could I give up Oxi-Clean???  For awhile, I was guilty of still using it without really knowing if what I was doing was consistent with the cleaning values that I had chosen to partake.  Sometimes it is better to remain happily ignorant, instead of disappointingly enlightened.

However, Oxi-Clean is a GREEN alternative!  And here is why!

Sodium Percarbonate is the main ingredient in Oxi-Clean.  It is the adduct (chemistry word for product) of Hydrogen Peroxide and Washing Soda.  And remember, Washing Soda can be made from Baking Soda through the process of adding heat...

When dissolved in water, Sodium Percarbonate breaks down into Hydrogen Peroxide and Washing Soda.  The Hydrogen Peroxide will eventually decompose even further into just water and oxygen.  All of which are naturally occurring products.  Totally safe!  Just don't swallow it.  It's not THAT kind of safe.

I don't know about you, but that gave me a sigh of relief.

In conclusion, Oxi-Clean (and all other brands containing the same chemical) are just simply Sodium Percarbonate which are made by combining Sodium Carbonate (Washing Soda) and Hydrogen Peroxide.  These may be two things you already have in your home, but unless you knew to combine them...  then you would not really know what they make when added together.  So, yes...  DEFINITELY a "green" alternative.   And an effective alternative for Bleach.

Experiment for the day-

Posted by Rebecca Whiting at 15:23