Chapter Nine: Was So Fine 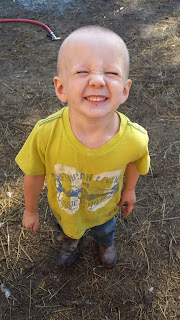 “There are no gardening mistakes, only experiments.”

Well, we thought we would get through the winter without any significant sickness, but the flu hit us hard this week.  I (Rebecca) am currently the only one that has not gotten sick.  The kids started dropping like flies starting last Monday and it is currently Sunday.  By Wednesday, all nine kids were sick with fevers ranging from 99.1 to 104.5.  After a few trips to the walk-in clinic we did confirm that it is, in fact, the flu.  Influenza B to be more accurate.  So, I have been doing what any hippie mama would do- pushing the herbal tinctures, vitamin C by the handful, smothering them with chest rub (that I make!), drinking lots and LOTS of hot herbal tea with our honey in it, and dreaming about warmer days when I can kick them all back outside again.  They have watched more cartoons than I care to admit at this point, and I can’t really fault them for that when they are so sick and miserable right now.

Chapter Eight: A New Direction and an Update 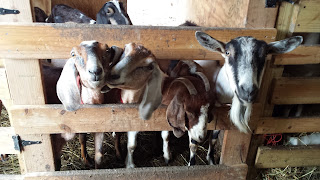 This last year has had a lot of excitement.  Last summer, Keith’s job took him to North Dakota to help out in the cleanup for a very large train derailment.  The train derailed early May and he didn’t come home again until almost June.  After that, he was home for a week and gone for a week.  We did go to the farmer’s market regularly, but because of the amount of time that Keith was spending gone, the things we wanted to do on the farm and just the regular maintenance kept falling further and further behind.  The majority of the workload ended up falling to myself, but between trying to keep up with our seven kids, the farmers market, and the farm I just could not keep up.  I let the garden go for the most part.  We still got things like potatoes, tomatoes, some beets, carrots, and turnips, but the large scaled we had planned out the previous winter just did not happen.


This is just me talking, because I tend to do that from time to time…  you know, ramble.  And that’s okay.  The internet has given people like me a voice that may not have had a voice otherwise (thank you, Internet!) which if you think about it…  (this is where you think about it) could be considered a BIG responsibility.  I mean, if we ALL have the possibility of having a voice, we should be very careful about what we say, and we should honestly mean the things we DO say.  In saying that, here is my honest to goodness pledge (right hand raised) to be genuine at all times.
Read more »
Posted by Rebecca Whiting at 16:24 4 comments:

Today I finished processing a bunch of tomatoes, and although it was a bit of work, it felt very good being able to put my quarts of tomatoes onto my pantry shelf.  My family goes through a lot of tomato products.  We eat pizza, we eat spaghetti, we eat lasagna.  We like tomatoes on our tacos, we like tomatoes on our salads, we like tomatoes in our soup.  My kids would eat ketchup on pretty much anything.  They even dip their carrots into it. With all these tomato based foods, how do you decide how much to make of pizza sauce and spaghetti sauce to last you?  Simple, you don't.

Read more »
Posted by Rebecca Whiting at 23:16 No comments:

We eat a lot of pizza.  What true American family does not?  But we can easily drop $30 to $40 on a pizza night.  In efforts to keep things simple, cheap, and still be able to eat high quality foods (because Papa Johns is considered high quality, dontchyaknow?) I started just making it like pretty much everything else we eat in this house now.  Oh, and check it out...  I already had all the basic ingredients.  So, shhh- I am about to spill a family secret.

We love, love, love, LOVE sweet bread at our house!  Particularly when they are fresh out of the oven on a cold snowy day.  MM-mmm...  Did I mention how much we love it?  I have been putting up pictures on our Facebook page, and people have asked for the recipe, so here I am to deliver the good news!  I'm giving you the recipe.

Read more »
Posted by Rebecca Whiting at 22:29 No comments:

What is better in the winter than a hot cup of cocoa on a cold snowy day?  At our house, our kids LOVE hot cocoa.  And the stuff in the box is...  well... eh...  it's missing something.  Try to give it a lift by adding a few simple ingredients to it.

Read more »
Posted by Rebecca Whiting at 22:28 No comments:

Around here we have a lot of people from German descent, my husband's family included. So dark breads, like this next one are pretty up there on the list of YUMMY things to eat.  Just as a word of advice- don't give your kids a spoon of molasses and tell them it is syrup.  They won't appreciate it as much as you will.