Chapter One: It started with a Homebirth 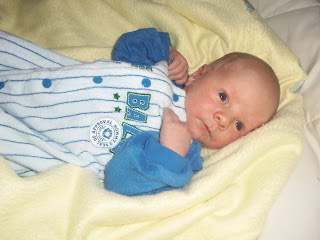 I knew (obviously) that December would be a busy month.  I knew that if everything went as planned, that I would have our sixth baby and then hopefully move just a few weeks later all the way from South Carolina to northern Minnesota shortly after Christmas.

December 10th was the first milestone.  I wasn’t technically due(ish) until the 17th, but I figured number six would come at least a bit early.  Besides…  number five had been born early.  Our other son’s (we were about to have our second son) birthday was the tenth and I had thought that it would be cool to have the baby on that day.  Remy, who was about to turn four, also considered it to be a cool possibility.  I am not entirely sure if he would have thought it was near as awesome when he was fifteen…  but it didn’t matter, because the tenth came and went with nothing.

December 12th was the second cool day on my list.  If he wasn’t going to share a birthday, at least let his birthday be 12-12-12!  That would be easy to remember even when he was senile and old AND a day like that wouldn’t happen again until 1-1-2101.  Since I didn’t plan on still having babies in the 22nd century our last opportunity for a kid with a birthdate like that had to happen TIME NOW.  Epic fail.  Nothing.

Then came the “due-ish” date…  And once again…  nothing.  I was starting to consider him either genetically predispositioned to obstinate behavior or procrastination.  I wasn’t sure yet which one was worse. 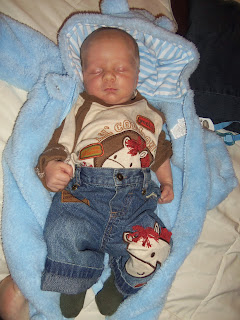 It was a very tiresome few weeks for myself and everyone around me I am sure.  I woke up every morning groaning because my back ached (I was humongous!), and all I thought about was having the baby.  But every night I went to be totally disappointed because nothing had happened and my paranoia over the baby’s wellbeing was starting to really get to me.  I became increasingly uncomfortable around people because the big question always came up “when are you going to have that baby!” and all I could do now was whimper an exasperated sigh of “I don’t know.”  I’d figured it would be over already.

We started to plan for Christmas and came up with a plan B, C, and D…  just in case.  Instead of waiting to pack for our move after the baby was born, we went ahead and started packing before.  There was no way we would have time after baby was born now and get done everything that needed to happen.  The house was absolutely full of boxes.  Everything was in disarray.

Christmas Eve came and that morning all the kids opened up their Christmas presents we’d gotten them. I am not sure who was more excited that morning.  Us or them.  I had all eight of our stockings lined up and ready, but I couldn’t help feeling a great disappointment that while I’d taken the time and made New Baby a stocking and wrapped all his presents…  he wasn’t there to share the moment with us.  And that was silly, because technically he was there…  just not in my arms like I had imagined it.  I wanted desperately to hold him!  That evening, we went to church for Christmas Eve services and I got the “look” from my friends and all the dreaded questions that I did not really want to answer.  No.  No baby yet.

The morning of Christmas Day, I woke up early and walked almost four miles.  I came home anticipating something- ANYTHING- and was contracting a little.  THAT was good news!  My hopes were up!  Keith welcomed me back inside with an ice cream shake that tasted suspiciously like castor oil.  Other methods were tried.  I increased my pineapple, red raspberry leaf tea, and evening primrose intake…  but by that afternoon even the contractions were starting to fade.  So, I went for another walk and with every step I started to feel more and more frustrated.

Katie, my midwife, came over and we had a talk.  She told me the problem was probably that the baby was not lined up well enough, but that my cervix felt ready.  And I thought, my cervix better be ready!  It has already had an extra eight days!  She showed me some stretches to do to help align him properly and then went home.  I did those stretches all night.  I laid on my bed with my hips in the air and my face planted firmly on my bed trying to browse the internet and then would switch from that position to a squatting position in five to ten minute intervals.  A friend told me that sometimes stress can keep you from going into labor.  I thought “Great!  BECAUSE THERE IS NO SHORTAGE OF THAT HERE!!!”

I got a bath and dumped an entire bag of espom salt into the water.  “I didn’t want to move it anyways.” I thought as I was rethinking the stress comments and in the same moment realizing that it was probably already too late and perhaps just embracing the stress would be a better idea.  Freak out mode was officially on.  I laid in it until the water started to turn cold, then I got out and went to bed in tears.  I watched the clock turn from 11:59 to midnight on the dresser.  Christmas Day was over and still no baby.

I woke up with a start somewhere around 5 am.  Was that a contraction?  Or just another twang kind of pain- the same kind that I had been having for weeks that sent me into the hopeful bliss that a baby would be coming soon, but that had left me feeling so disappointed afterwards.  Why play with my emotions at 5 am?...  I went back to sleep. 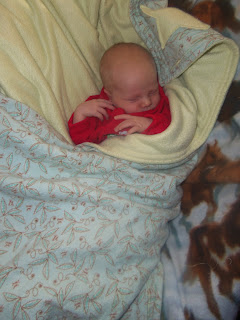 Again, something woke me up and I laid there in the dark for a while waiting.  It happened again and then again and although while it was not painful…  it could actually mean something.  I woke Keith up…  just in case.  And then sent him to the store.

Thinking back on that now, I think that perhaps that was not the most rational of things to do, but I was not being overly rational.  I was in labor…  although I had not totally convinced myself of that yet.  Labor had seemed so elusive.  I don’t even remember what it was I sent him to the store to get!  But at the time, it seemed so important.  While he was gone, I started to become convinced that this was actually for real.  So, I called Katie.  That was probably about 6:15 am.

Everything happened so fast after that.  For one…  ALL the kids woke up.  All of them.  And they were running up and down the hall excited because I think they realized what was going on.  I have always loved how excited my kids get when we are about to add a new one to the bunch, but at that very moment…  I encountered a new obstacle…  Breakfast.   Right as I started getting ready to consider doing something to assist them with the normal morning routine, the contractions really started to intensify and started to become very hard.  Keith was back home by now (thank goodness!) and Katie had just walked in.  Somewhere in there I asked Keith to call for back up since so much was going on in the living room.  The doula had not arrived yet and I needed Keith with me.  I think he made a phone call, then asked Autumn (our oldest who is nine) to handle things with the younger kids.  All my focus now centered on the contractions and having the baby.

Literally, the next few moments happened so fast, I am not even sure if I remember this with any accuracy.  I was sitting on the edge of the bed, then I was laying down with my pajamas still on, then I was trying to get undressed, then I was having a baby, and a couple of pushes later…  But by 7:24 am…  it was over.  The baby was born!

At some point in time in the pushing, Katie said “Hold on!  Don’t push!” and I remember thinking “But I am not really pushing, my body is pushing and I can’t make it stop!”  It didn’t matter though because she just needed a moment.  Keith told me later it was because the cord was around the baby’s neck, but he said she handled it with ease and haste.
And then he was here and in that moment, all the temper tantrums I felt like throwing in frustration for his prolonged arrival were gone.  Pure joy lay in my arms, and he was a perfect little angry ball of blue eyed baby.  Whatever I had felt the past few weeks no longer mattered.  Everything changed with New Dude’s arrival. 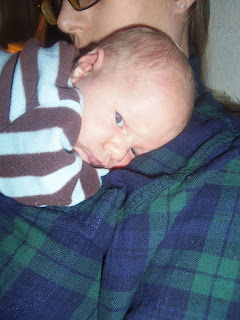 The kids were ecstatic and waiting at the door so that they could come in and meet the newest addition of our family with smiles on their faces.  I lay in my bed with Little Joe in my arms taking it all in.  My heart couldn’t smile any bigger.  Around lunch time, Katie left and I am pretty sure I slept the rest of the day.  The day couldn’t have been any more perfect.  By that evening, I got up and walked around a bit.  Keith had handled everything and even got quite a bit of packing done in anticipation of our next adventure.  I am so blessed to have such an awesome family and great midwife.

The next day, against my midwife’s wishes I am sure, I was also up and helping.  The moving truck was already scheduled to come by the 31st…  and there was so much to do in between now and then!  But THAT is another chapter in the story that we are still writing.  So, stay tuned. 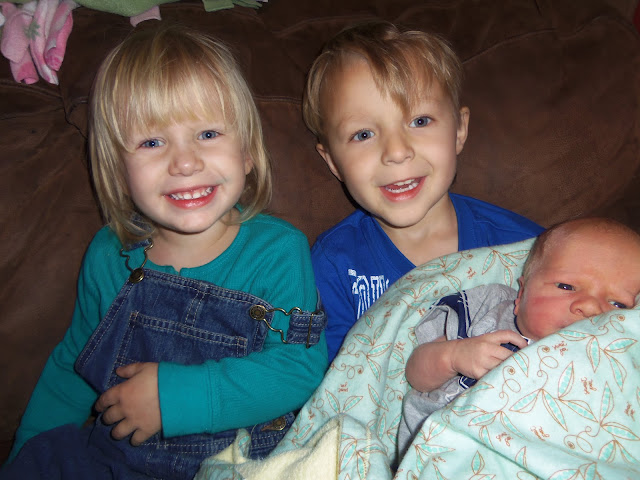 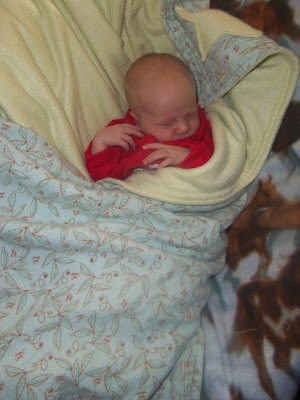 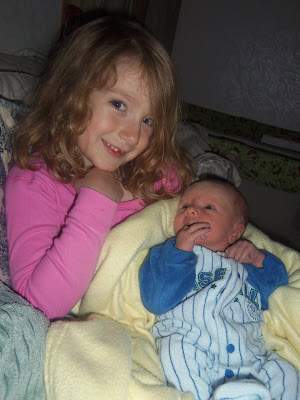 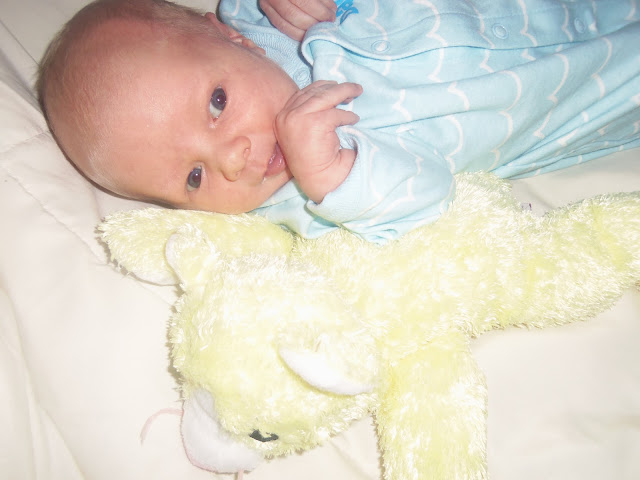 Posted by Rebecca Whiting at 12:58